I once heard a very wise man say: “Talking about labels sounds like a Johnnie Walker ad”. But as far as we’re talking Yamaha vintage FG’s there is a lot of information just by looking at the label (the following contains some pics from internet).

Before the most famous red label Nippon Gakki label was introduced Yamaha used for a very short period a “green” label. 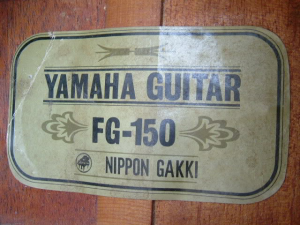 Despite the green labels the Nippon Gakki red label is considered as the start of the FG series. 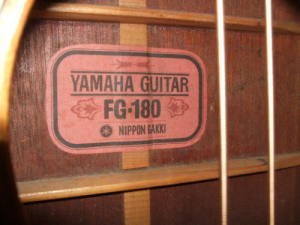 I’m not sure about the exact year but around 1971 – 1972 (Yamaha mentiones 1972 as the start of “overseas” production) Yamaha changed to a white label for the Japanese market and kept the red label for the export markets.

The white labels can be found as Nippon Gakki: 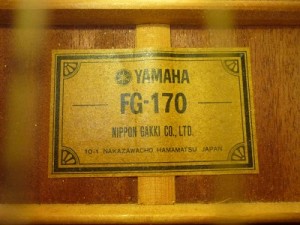 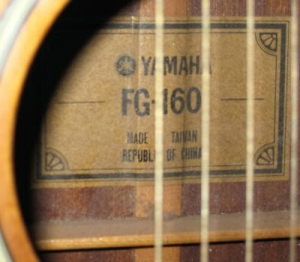 and with none of both:

Also somewhere around 1972 while starting making guitars in Taiwan the red label lost the Nippon Gakki: 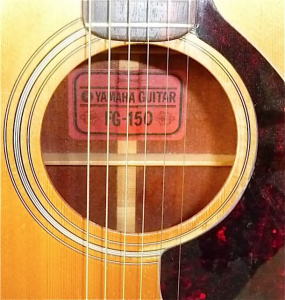 After that the black label was introduced. Must be around 1973 or 1974. Most of the Black label FG’s I’ve seen were produced in 1974. Black labels can be found as “Made in Taiwan”: 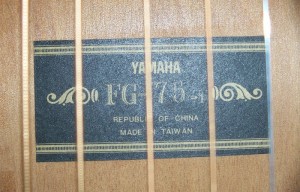 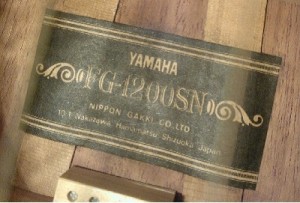 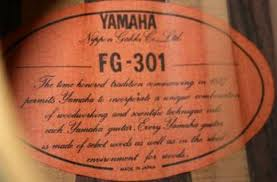 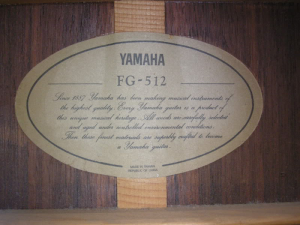 Almost all white oval labels are made in Taiwan. This orange label says made in Japan.

Some rare white oval labels are Nippon Gakki made in Japan: 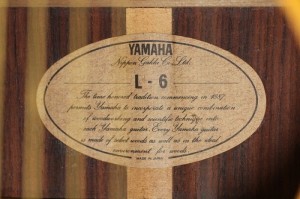 There’s one big exception concerning early FG’s. From about 1971 Yamaha also had a special line of handbuild FG’s of outstanding quality. These had a leather label including signature: 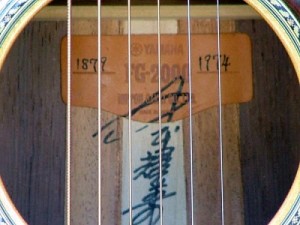