Vintage Yamaha’s are sometimes, mostly in Japan, referred to as “Large Headstock”. Most of the time for late 70’ies SG’s.

One of the explanations I’ve heard is that with the “Large Head” early models the truss rod cover comes up to above the tuner pegs. All other models will have the truss rod cover ending about in the middle of the pegs. The reason it is named “Large Head” is because these models have more leftover wood extending on top past the last set of tuners (D,G) as a result of the lower tuning peg placement. Having the tuners in a different place, closer to the bridge alters the tension on the strings and also the sound a bit. But mainly this is just for collector’s value. For the most part only the very early first couple years (76-77) will have these “Large Head” designs. Almost every SG500 or SG700 you see will have it. It’s more rare on the SG1000 and SG2000 and becoming very collectible in Japan. 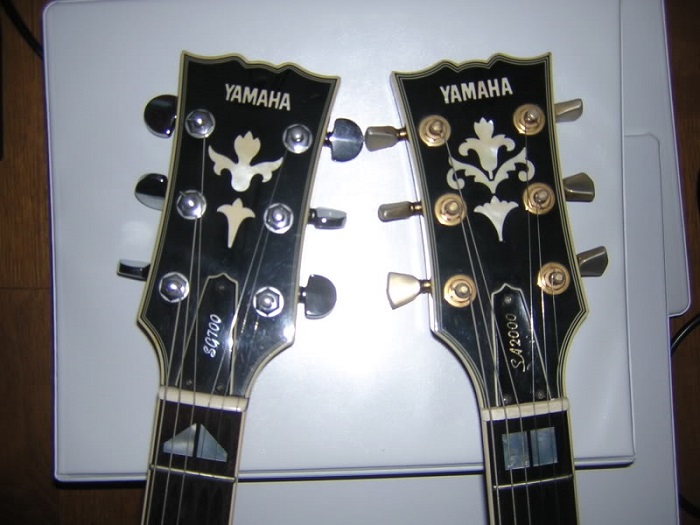 I took a look in my catalogs:

All pictured SG’s up to the 1979 catalog (76, 77, 78 and 79) have the small headstock. The other guitars in that period with that Yamaha style headstock, the SA and SF, have the large headstock. 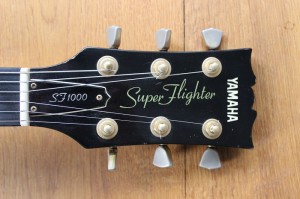 In the 1980 catalog all SG’s have changed to the large headstock and they will stay that way.
(also in the Japanese catalogs)

It’s a bit weird that people are searching for these 70’s large headstock models. They should buy a SG from the 80’s. Or perhaps there were some very early SG’s with large headstock. Btw. The SG175 had a small headstock. It would be strange that they change to big headstock shortly and then go back to small.

I don’t know why in Japan they started the trend to call the early ones “Large Head”.