No Yamaha electric guitar seems to cause more confusion as the SG1500 does.

When Yamaha introduced the highly acclaimed SG2000 they also introduced a SG1500. In a 1976 flyer where Yamaha introduces the new SG series the SG 1500 appears as second in line after the SG2000. Including sustain plate, T-cross maple etc. This first SG1500 is very close to the original SG2000, but with a set neck instead of the through neck, chrome hardware instead of gold plated, dot inlays instead of block inlays.

Then in the Japanese 1982 catalogue a new SG1500 is featured: one with block inlays, gold hardware, triple line binding on the head, and with through neck, no seperate top. This SG1500 one is never mentioned in non Japanese catalogs. I don’t know how long it was made. In the 1985 Japanese catalogue this SG1500 is gone. We should call this the 82-84 SG1500.

Due to the lack of the seperate top on this guitar the neck through design can be seen from the front. No other neck through SG had that. The neck of most neck through SG’s was made of 3 parts of wood with maple in the middle (maple showing lighter than the darker mahogany) but the 82-84 SG1500 had a 5 piece neck with two pieces of maple (pics from the web): 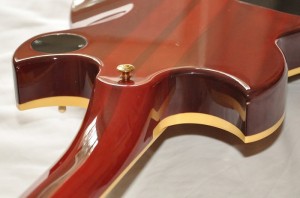 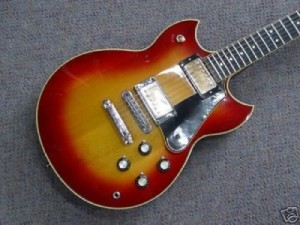 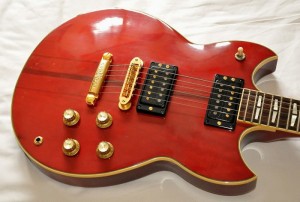 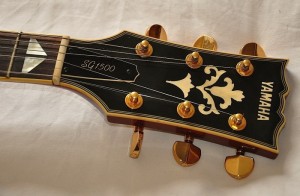