Many times I’ve seen Yamaha LP, Lord Player, guitars for sale claiming these were the “pre law suit era” models. This refers to problems between companies like Ibanez on one side and Gibson on the other in the 70’ies and 80’ies. These Yamaha LP’s have the Gibson like “open book” headstock.

There probably never was a law suit issue between Gibson and Yamaha. As far as Yamaha is concerned very few things are sure, but in this case it’s almost impossible there was such an issue because Yamaha first produced the Yamaha headstocks, and after that the open book headstocks.
None of the LP or SL (Studio Lord) guitars were ever presented in European or US catalogs. They are found only in the Japanese catalogs.

First let’s take a look at both headstocks: 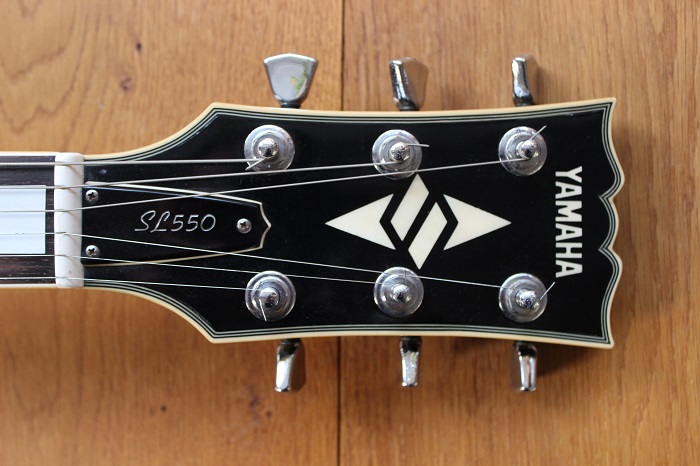 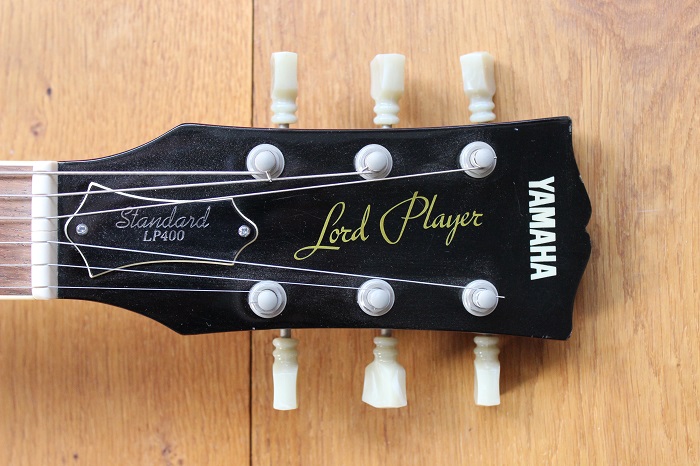 All LP’s have the open book headstock. Most of the SL’s have the standard Yamaha headstock, except some in the early 80’ies, just before they changed to LP, as seen on this SL450S (pic from internet): 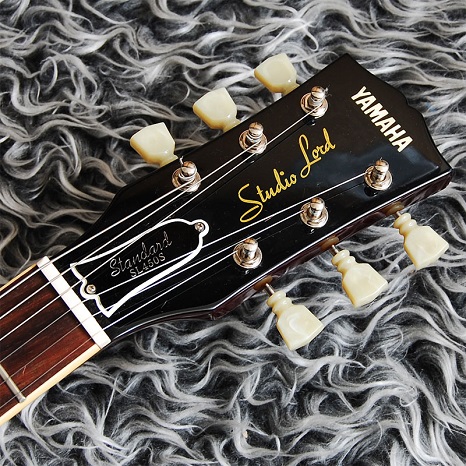 Both SL and LP can be considered good quality Les Paul copies. The high end types are very hard to find.